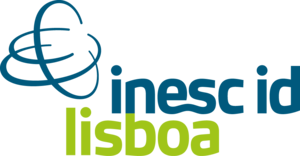 INESC-ID is an R&D institute dedicated to advanced research and development in the fields of Information Technologies, Electronics, Communications, and Energy. It is a non-profit institution, privately owned by IST and INESC, officially declared of public interest. It was created in 2000, as a result of a reorganization of INESC, an institution which also played a pioneering role at the national level both in research and in the creation of SMEs. In 2004, INESC-ID was recognized by the Portuguese Government as an "Associated Laboratory".

The Human Language Technology laboratory, as a congregation of people working on human language technology and related matters, is the natural evolution of the Spoken Language Systems Laboratory (L²F), a laboratory created in 2001, to bring together several research groups of INESC and independent researchers to contribute to the area of computational processing of spoken language for European Portuguese. The long term goal of L²F was to bridge the gap between natural spoken language and the underlying semantic information.