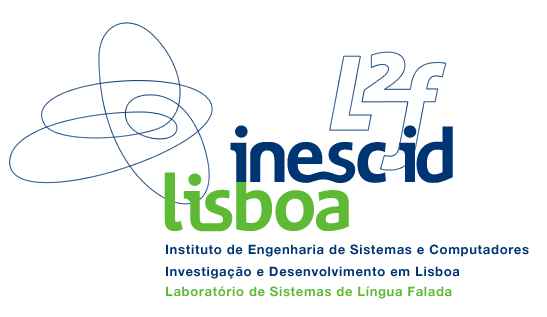 INESC ID's Spoken Language Systems Laboratory (L²F - Laboratório de sistemas de Língua Falada) was created in January 2001, in order to bring together several research groups which could potentially add relevant contributions to the area of computational processing of spoken language for European Portuguese. The lab, in its current configuration, includes people from the former speech processing group of INESC, speech researchers originally from the neural networks and natural language processing groups, also from INESC, and the language engineering group of CSTC (from Instituto Superior Técnico).

L²F also counts among its members invited researchers from the Linguistics Center of the University of Lisbon (CLUL), and from various Portuguese univerities, as well as a motivated group of both undergraduate and graduate students.

L²F is actively involved in many areas of spoken language systems research and development, namely recognition, synthesis and coding. Its work has been internationally recognized through close cooperation with other research centers in Europe and in the United States, as well as through significant involvement in European Projects.