VerbForm is a word form generator for verbs. It produces all prossible verbal forms for a given verb given its infinitive form. Its a rule based tool and works with an open vocabulary. Therefore, one of the most interesting points about this tool, is that it can produce the information for verbs that dont exist in the language. It produces the verbal forms according to the Portuguese rules.

The following picture shows an usage example for the verb "fazer". 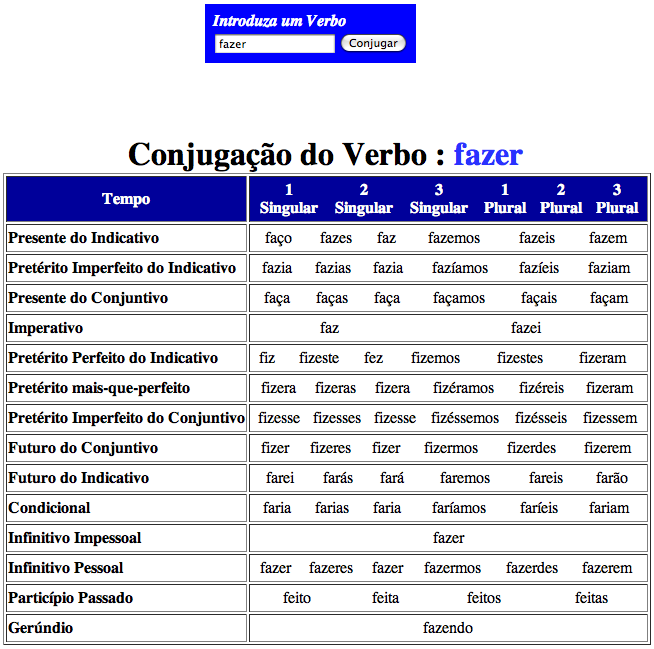